I work with people who have almost given up on getting results for their animals.

A few years ago I was you.

I'd been throwing every surgery and treatment at my dog Bosco and there was no improvement.

I'm a mobile bodywork therapist, working closely with animals in pain or experiencing behavioral issues. I use gentle, non drug, non invasive bodywork treatments, so you can avoid putting your animal through expensive surgeries that may not work. 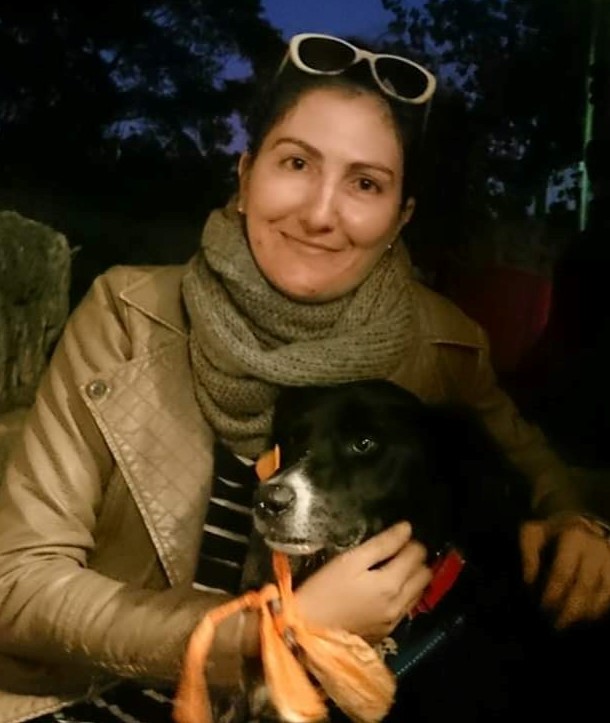 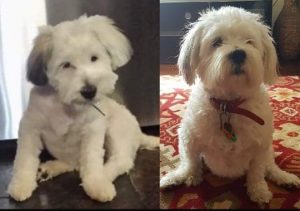 For the first time in his life, Nitzy can sit straight! I wanted to thank you again for coming and helping Nitzy out. After your visit Nitzy spent the rest of the afternoon and evening in deep sleep. But was more bouncy than usual and full of energy since 6am this morning. I've noticed he actually is playing differently too. He is happy to roll around more and his new play this morning is wrestling with his toosh in the air and his face planted on the floor (more comfortable twisting his body).

Who Is Donna Monaghan? 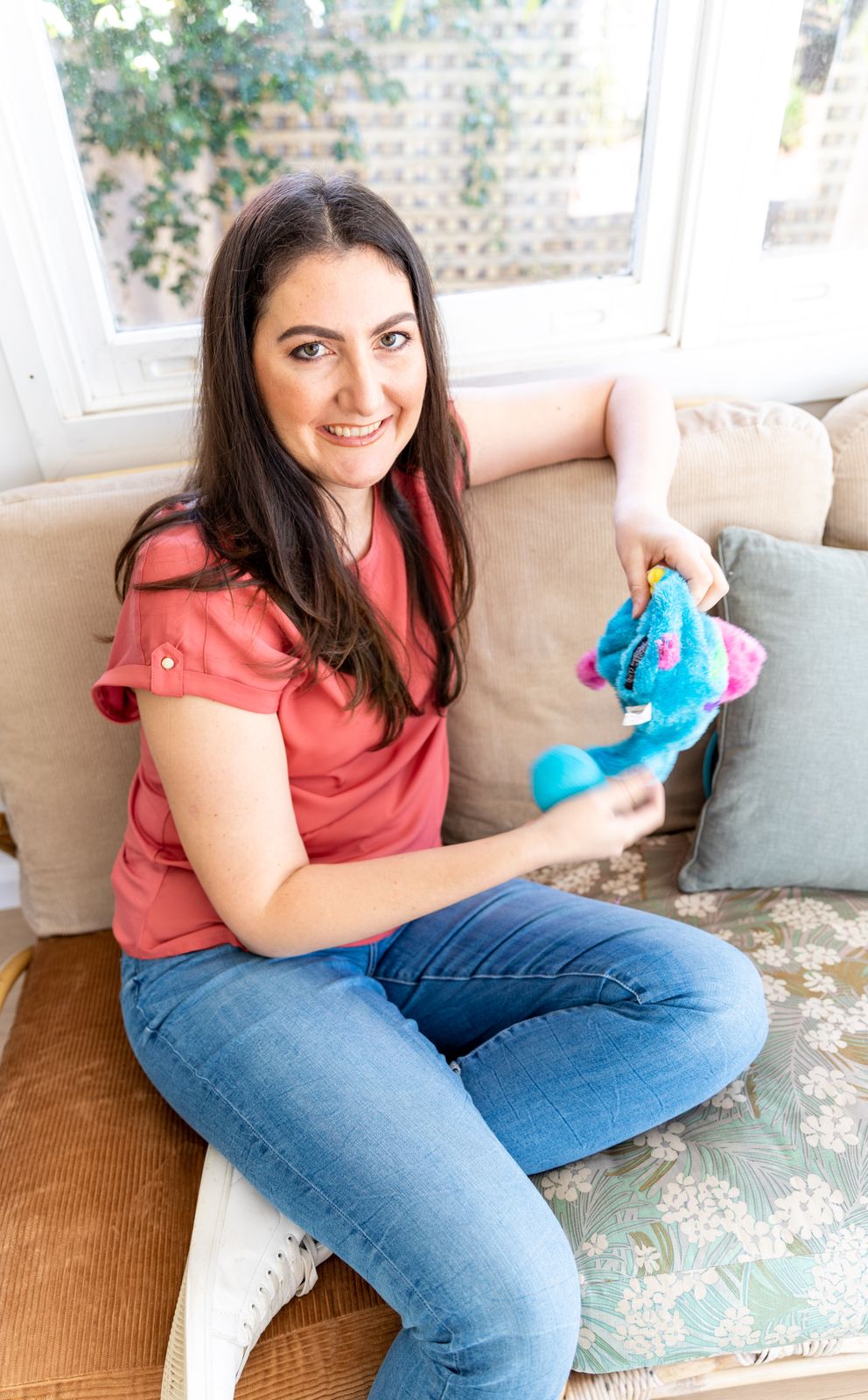 My inspiration for what I do comes from my own journey, as is so often the case.  I was a dog loving person who chose a dog breed that loves to run, then finding out one had a debilitating health issue that meant there'd be no running for him.

Because of the struggles I faced finding help for Bosco, I researched multiple options to improve his health.  I fought my way to some big results, but it was just that - a fight.  A totally draining, expensive fight that was littered with failures.  I have found a better way - a way that creates even better results.  I want to help others avoid that fight.

I'm now a mobile bodywork therapist, working closely with animals in pain or experiencing behavioral issues from that pain. I use gentle, non drug, non invasive bodywork treatments, so you can avoid putting your animal through expensive surgeries that may not work. 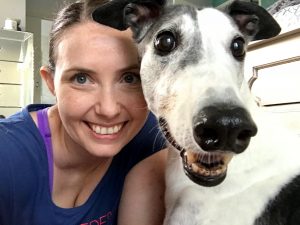 Well, today has been busy for the humans, but since her Bowen treatment with Donna, Diamond prefers to chillax.
It’s nice to see her ‘roach’ and sleep on her back again, a favorite greyhound sleeping state (which was getting too hard for her before her treatment).
Thank you again!! 💖🐾 and Diamond says hi and kisses!

Why can't anyone help my animal?

Have you tried all the conventional ways and aren't getting results? I could be just what you need!

My previous dog Joxer lived to 15.  He never had anything go wrong, minor health issues easily fixed by the vet.  After he passed away I thought "My next dog will be one to run with, I like to run, I want a dog who likes to run."  So I didn't take on the Bernese Mountain dog I was offered through a rescue, because they are prone to hip dysplasia, and I wanted a dog to run with.  When some border collie x kelpie pups became available through a rescue I had a look.  And I melted.  And we came away with two.  And I'll never have one dog on their own again, but that's a different story! 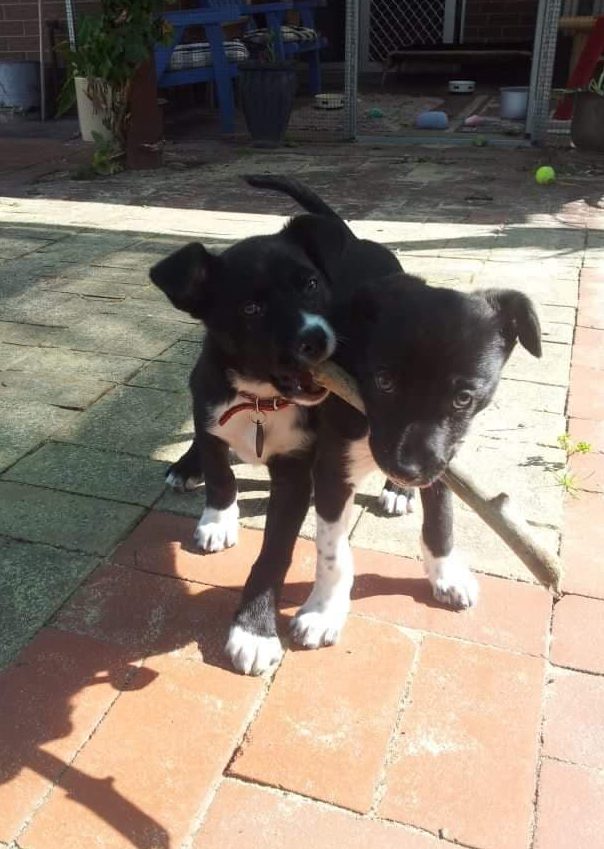 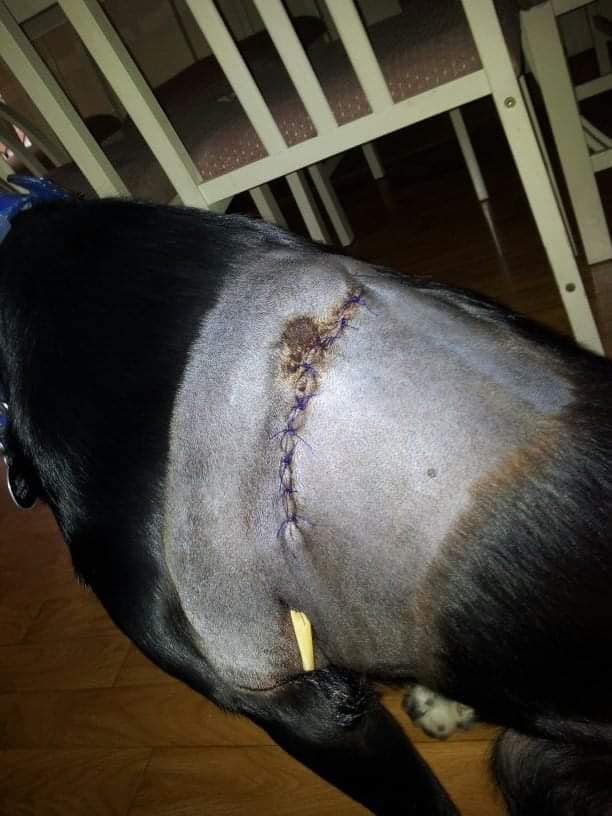 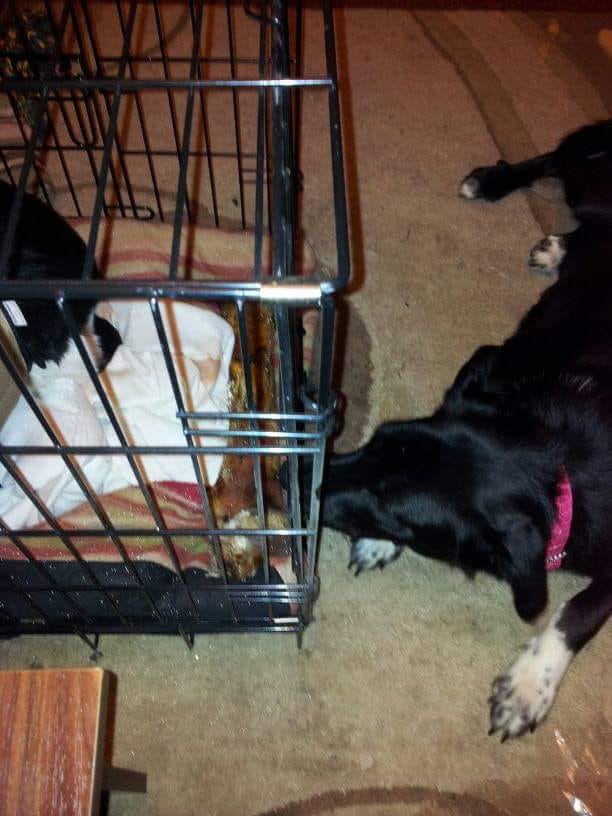 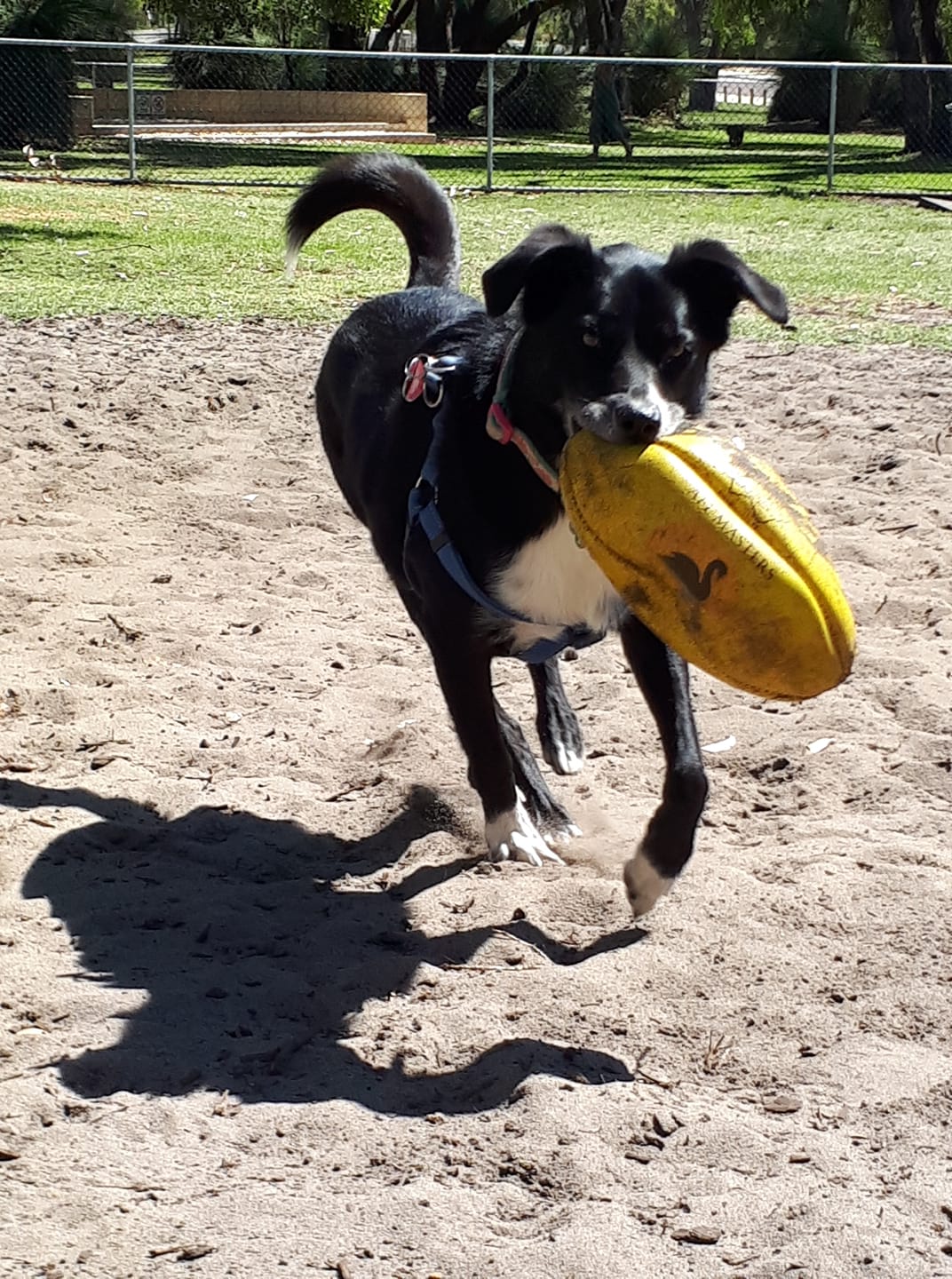 So the training started and it was time consuming and exhausting and 100% WORTH IT ALL THE WAY to have two lovely socialised dogs who were so adorably well behaved.  But we started noticing that where Linka would jump things and try to see on top of the barbecue, Bosco was climbing things and waiting for Linka to tell him what was up high.  His back legs didn't seem to be as effective as hers.

So we went to vets and they told us it was likely a sprain, and gave him some anti inflammatories.  Then when it happened again they said and did the same.  I started researching into causes of lameness, but was told he was too young for hip dysplasia, it doesn't present in dogs this young etc.  Just to keep him on the pain relief and not let him do too much exercise.  Of course he wasn't doing too much, he was still a puppy!  We weren't running yet, we were only walking around the block.  So next time it happened, we went to different vets, who also said and did the same.  I started researching local vets who specialised in hip dysplasia because we weren't getting answers.

I didn't want him on anti-inflammatories forever, I know what they can do over time to the stomach lining.

I found a vet who sedated him and took x-rays...it was hip dysplasia.  And I cried and cried because after my research, I knew this was going to be a long bumpy road filled with unhappy times for my little boy dog.  I found the vet who was the Perth expert at the time in hip dysplasia.  He explained Bosco would likely be in a wheelchair by the age of five and I'd have to make decisions between his quality of life and his length of life.

He was too old for the first option for surgery - I was told if I'd brought him in months ago they could have done more - yes, I was furious.  He had one operation where they shaved his femoral bones to make them sit differently in the socket.  Another where they cut muscles to change the way they pulled on the bones.  ANOTHER where they cut muscles to change how he weight bears.  The last was stem cell therapy to see if the cells would regenerate in the hips-they didn't.

FOUR SURGERIES AND NOT EVEN 18 MONTHS OLD!!!

He was missing out on so much socialisation due to bed rest, and these were his formative years.  His sister was getting jealous of being crated and of his meds.  I had to give her water through a syringe every time I gave him meds to stop her from being so jealous!!!

And the worst thing? The surgeries didn't work on him.

There was no therapeutic benefit.  I have no doubt they work for some, but none of them worked for my Bosco. I couldn't afford the $8000 hip replacement surgery, what else was I going to do?

I was told not to let him play fetch (his favourite thing in the world), not to let him walk on soft sand (he loves the beach), not to take him for too many walks, I was being told not  to exercise this dog who was built for running all day.  I chose high energy dogs to run with, and was being told he couldn't do dog things.  We got him a wheelchair for the long walks, and I let him play fetch for a few minutes every second day-because I could not take being a dog away from him.

What is life if you can't do anything you love?

We tried physiotherapy-first time I've ever seen him growl at someone, and there was no improvement, no change at all.  We tried chiropractic work.  He was screaming as he was being twisted around, and the chiropractor said that was normal.  He limped for a week afterwards.  We tried massage, no change for better or worse.  I'm sure these things work for some animals, but we had no improvement.

I had found some exercises online to strengthen the hind legs, working on the muscles instead of relying on the hip joints.  There was minor improvement.  I learnt about the importance of walking on different surfaces to improve different muscles.  Cool.  Made sense.  I learnt about acupressure and tried some moves on him, but that led to him tearing around like a little monster and limping WORSE afterwards, I wasn't willing to keep up with that!

These were minor improvements to his life, and I wanted more.

I saw an advert for Bowen therapy on dogs and I thought "Well, I'll try the weird stuff I've never heard of, can't make things worse."  And afterwards he was limping terribly and I secretly hated them, but afterwards he was running around with his sister DOING DOG THINGS.

We had found our magic feather 🙂

It made such a difference in our lives that I went and learnt it because I want to do this for other animals. And I am.  I am getting great results.  There are so many new things being discovered everyday.  I am currently learning a range of other techniques-all are gentle, non-invasive, bodywork treatments, they are non drug pain relief.  I wish I had known about this earlier, I could have avoided all the surgeries Bosco went through.

I was you. You don't need to take the lengthy, lonely journey I took.

I can't wait to change your world the way ours has changed!

Let me do this for your animal too.

You worked on my dog Alfie at the markets the other day and I am in awe that she has had no visible stiffness or pain since then!!  She has no trouble getting up in the morning now. You are amazing.  X

Let's improve your animal's life together 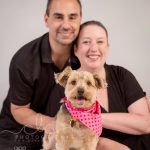 Donna is so wonderful, our little Bella has issues with her with her hips, and trouble walking. Now she’s finding running after her ball so easily.